How tuff it is to be different. Not fitting into the model which society, Tinelli o your peers impose and demand. And within that category it´s us, FAT GIRLS. We aren´t that popular socially. Same thing must happen if you´re bolivian and listen to wachiturros. It is the awful truth, that of course, being a fat girl, I don´t like at all. And let INDADI say no word. Discrimination here, law suit there, but I don´t see no clothing store respecting the Size Law, where Medium size tags are often changed for XXL. You feel like burning the whole place down, when you see the walking skeleton that they´ve hired looking down on you, telling you they´re out of clothes. By the way that´s another thing, who would want at the front of their store a fat saleswoman, which implies a poor image, according to them?

It´s something that, no matter how much we try to play cool, will keep on going until the end of time. And those ready to lecture me about humanity and inner beauty, are the same ones horrified when they see two boys kissing. So, no hypocrisy with this subject. I am fat and proud. Sad but true. So I, self proclaimed a batch of exotic beauty, and able (and I don’t know why), to laugh at myself, will tell you the experience through which we usually go through us fatties.

Many will say that being fat is no synonym for being ugly, but let´s say for now that it´s comparable to a 95%. The beautiful face comes with a 3 litre soda. Making everything around be related with that, looking. Being rejected. If not, it would be applied to women madness for being skinny, because IMAs owner has shares in google, or some girls even dare to stick their fingers down their throats to stop eating, getting sick for life. Or haven´t you heard before, “ugly but pretty!? Well, it doesn´t comfort me.

I realize that my condition is absolute and completely my fault, because I love eating. I won´t blame thyroids, my bone structure or the fact that i´m anxious. Despite all of this, we need to be tuned to accept that we like eating more than living and not to fall into temptation of doing the moon diet, weight loss pills or other stuff. You have to have an iron self esteem, to be honest. Had we been skinny, we would probably be married or dating at these point. Because we are like stolen candies, eaten in the dark. Everyone looks for the Trophy girlfriend, be it dumb or plain whore. We need to wait for he who truly sees us for what we are, beyond the fact that we look like dinosaur babies.

Widespread known is the fact that if your face doesn´t look good, you may as well get away with it on a club night. With low lights, that god damn flash everywhere, making you blind. It is very likely that your facial details are undetected until the very moment the priest says “ you may know kiss the bride”. Now, with fat girls it´s another thing. Being owners of a great deal of volume, everything you find around looks smaller. I´m talking about your bitches girlfriends, whom you love, and spend the whole night rejecting dudes. We are meant to be their saving arm. The minute someone comes close, the minute they hold on to our arms while subtly dismissing the guy. Us, we are invited to dance just for the other guys to have fun, or they come talking to us just to say that one of the guys wants to dance with us, and then you can here the giggling at the back.

And after that, they try and make us belive that all that counts is the inside. Go tell the poor young woman, that will get engaged later than everyone else, because in highschool got tired of being everybody´s guinea pig, other than the two or three belonging to the same group of freaks. If you read it that way, it sounds very shocking, right? Nevertheless, my fellow fatsos would agree on every word I say. Off course it doesn’t mean that every guy in the world is shallow or like chubbies, or they care squat of what everyone says. But usually, its more the exeption than the rule.

That same club is the one who will see during the night, one by one, all of your cute friends that got some guy, while you seat behind or aside the bar, holding to a bottle of fernet, trying to be cool and checking your phone every second to see if that booty call that loves you every once in a while, thought of you and text you. Or angry at those who, knowing it´s way to late in the evening and are empty handed, come to you for a place to throw their cum. After they went by you dozens of time early on and did nothing about it.

Unfortunately, what I say won´t change on the short run. We are discriminating by nature until we are victims of it. Because on Facebook feeds and out of our mouths, we all root for acceptance and tolerance, but only by being different, you get the feeling of the fiction manifested that implies that all of those public declarations, truly felt, but coming to hire only the good ass, even thou the fat ass is a nuclear ingeneer. 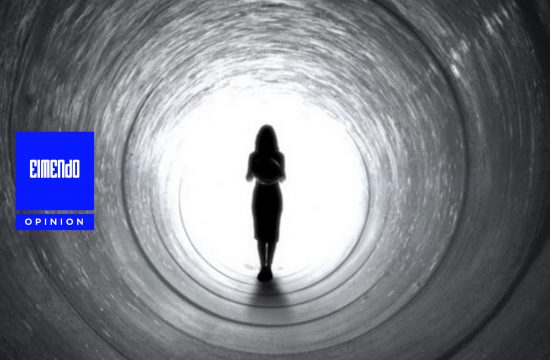